THE TOWN OF BROADWAY

Situated in the historic Shenandoah Valley, the Town of Broadway (pop. 4,170*) is located within Rockingham County and is approximately 12 miles north of Harrisonburg. Broadway is served by several U.S. highways, as well as Interstate 81, which provides a direct access route (Rte. 259) to Broadway. 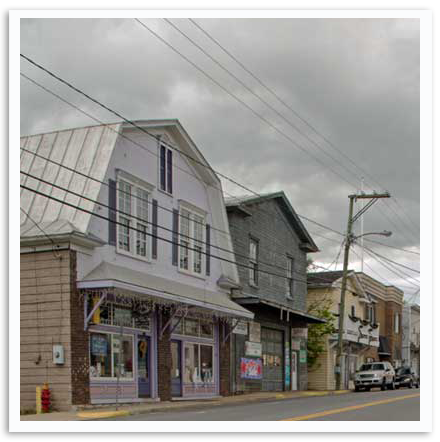 The geographical features of the Broadway area made it useful to both the native Indians and European settlers long before its formal incorporation in 1880. Set on a high ridge running the length of the peninsula formed by the joining of Linville Creek with the North Fork of the Shenandoah River, the area was fertile, accessible, and easily defended. In 1808, the settlement was called Custer’s Mill, after a mill on the tip of the peninsula.

The Town boomed in the 1850s as the railroad was extended to Broadway. Growth was stopped short by the Civil War; many buildings, including the mill, were burned in Union General Philip Sheridan’s raid to destroy the ” the breadbasket of the Confederacy.” The area was slow to recover after the war, but expansion of the railroad once again drove development.

With Custer’s Mill gone, the Town needed a new name more appropriate to the booming economy and the promise of growth. According to local legend, the new name came out of the rowdy characteristics Broadway shared with most other frontier boomtowns. With the Act of Incorporation on March 9, 1880 a provision for the appointment of a town sergeant to keep the peace was followed by the section forbidding the manufacture or sale wine or malt liquors. The Town of Broadway continued attracting speculators drawn to the rich geographic resources.

The population of Broadway climbed relatively slowly in the early portion of the century. Though, the Town still continued to serve as a social and commercial center for rural northwest Rockingham County. The poultry business upsurge in the 1940s and after World War II brought many new jobs and businesses to the region.

Broadway is fortunate to have much of its history still evident in its buildings. A wide range of older structures illustrates earlier ways of living. In addition to residential examples, these historic structures cover commercial, transportation, religious, industrial, and social themes. With steady growth and continued diversity of businesses, the Town of Broadway continues to play its historic role as a social and economic center.